13:30-13:55 Keynote Talk: Carlo Ghezzi (Politecnico di Milano)
How Can Software Engineering Contribute to the Design and Operation of Smart Environments

17:00-17:30 Keynote Talk: Shinichi Honiden (National Institute of Informatics)
Aiming to build software continuously running for 100 Years -Can I go back to a researcher for the next ten years?– 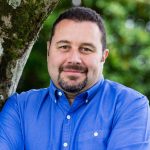 Bashar Nuseibeh is Professor of Computing at The Open University, where he leads the Software Engineering & Design research group, and a Professor of Software Engineering at Lero – The Irish Software Research Centre, were he is is Chief Scientist. He is also a Visiting Professor at University College London (UCL) and the National Institute of Informatics (NII), Japan. Previously, he was a Reader in Computing at Imperial College London and then a Visiting Professor. His research interests lie at the intersection of software engineering, adaptive systems, and security & privacy.

He served as Editor-in-Chief of IEEE Transactions on Software Engineering and of the Automated Software Engineering Journal, and currently serves as an Editor-in-Chief of ACM Transactions on Autonomous and Adaptive Systems. He chaired the Steering Committee of the International Conference on Software Engineering(ICSE) and IFIP Working Group 2.9 on Requirements Engineering. He received an ICSE Most Influential Paper Award, a Philip Leverhulme Prize, an ASE Fellowship, a Royal Academy of Engineering Senior Research Fellowship, and an IET Innovation Award on Cybersecurity. He also received an IFIP Outstanding Service Award and an ACM SIGSOFT Distinguished Service Award. He holds a Royal Society-Wolfson Merit Award and two European Research Council (ERC) awards, including an ERC Advanced Grant on ‘Adaptive Security and Privacy’. He is a member of Academia Europaea, and a Fellow of the Institution of Engineering & Technology, the British Computer Society, and the Irish Computer Society. 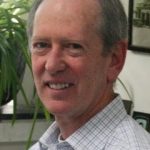 Jeff Kramer is a Professor at Imperial College London. He was Head of the Department of Computing from 1999 to 2004, Dean of the Faculty of Engineering from 2006 to 2009 and the Senior Dean from 2009 to 2012.
His research work is primarily concerned with software engineering, focusing on software architecture, behaviour analysis, the use of models in requirements elaboration and architectural approaches to adaptive software systems. He was a principal investigator of research projects that developed the CONIC and DARWIN architectural environments for distributed programming and of associated research into software architectures and their analysis.

Jeff was Program Co-chair of ICSE ’99, Chair of the ICSE Steering Committee from 2000 to 2002, and General Co-chair of ICSE 2010 in Cape Town. He was Editor in Chief of IEEE TSE from 2006 to 2009, received the Most Influential Paper Award at ICSE 2003, and was awarded the 2005 ACM SIGSOFT Outstanding Research Award and the 2011 ACM SIGSOFT Distinguished Service Award. He is co-author of books on Concurrency and on Distributed Systems and Computer Networks, and the author of over 200 journal and conference publications. Jeff is a Fellow of the Royal Academy of Engineering, a Chartered Engineer, Fellow of the IET, Fellow of the ACM, Fellow of the BCS, Fellow of the City and Guilds of London Institute and a Member of Academia Europaea. 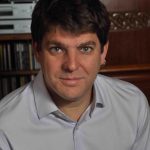 Sebastian Uchitel is a Professor at University of Buenos Aires, Principal Investigator at CONICET, and holds a Readership at Imperial College London. He received his undergraduate Computer Science degree from University of Buenos Aires and his Phd in Computing from Imperial College London. His research interests are in behaviour modelling, analysis and synthesis applied to requirements engineering, software architecture and design, validation and verification, and adaptive systems. Dr. Uchitel was associate editor of the Transactions on Software Engineering and is currently associate editor of the Requirements Engineering Journal and the Science of Computer Programming Journal. He was program co-chair of ASE’06 and ICSE’10, and General Chair of ICSE’17. Dr Uchitel has been distinguished with the Philip Leverhulme Prize, ERC StG, the Konex Foundation Prize and the Houssay Prize. 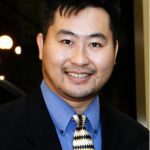 Jin Song Dong is Professor and Director of the Institute for Integrated Intelligent Systems (IIIS) at Griffith University. IIIS has 40 faculty members and 80 PhD students working on AI, Autonomous Systems, Computer Vision, Logic & Symbolic Reasoning, Knowledge & Software Engineering, Cyber Security and Machine Learning. Since 1998 Jin Song has been in the School of Computing at the National University of Singapore (NUS) where he received full professorship in 2016. His research is in the areas of formal methods, model checking, semantic technology, safety & security critical systems and probabilistic reasoning. He co-founded PAT reasoning system which has attracted 3000+ registered users from 900+ organizations in 72 countries. Currently, he is the lead Investigator for Singapore-UK joint project on smart grid security and privacy (with Andrew Martin from Oxford University). He is the co-investigator of “Securify: A Compositional Approach of Building Security Verified System “, “Trustworthy systems from untrusted Components”, and Singtel-NUS Cyber Security joint lab (33M USD). Jin Song is on the editorial board of ACM Transaction on Software Engineering and Methodology and Formal Aspects of Computing. He has been a Visiting Fellow at Oxford University, UK, and a Visiting Professor at National Institute of Informatics, Japan. He has supervised 25 PhD students and many of them have become tenure track faculty members in the leading universities around the world, including NTU, SUTD, HUST, Monash U, Auckland U and Tianjin U. 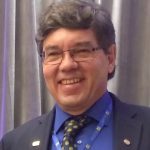 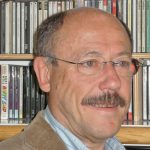 Carlo Ghezzi is an ACM Fellow (1999), an IEEE Fellow (2005), a member of the European Academy of Sciences and of the Italian Academy of Sciences. He received the ACM SIGSOFT Outstanding Research Award (2015) and the Distinguished Service Award (2006). He is the current President of Informatics Europe.
He has been a regular member of the program committee of flagship conferences in the software engineering field, such as the ICSE and ESEC/FSE, for which he also served as Program and General Chair.
He has been the Editor in Chief of the ACM Trans. on Software Engineering and Methodology and an associate editor of IEEE Trans. on Software Engineering, Communications of the ACM and Science of Computer Programming.
Ghezzi’s research has been mostly focusing on different aspects of software engineering. He co-authored over 200 papers and 8 books. He coordinated several national and international research projects. He has been the recipient of an ERC Advanced Grant. He is currently collaborating with Peking University on the research project “Self-Adaptive System Modeling and Management”, funded by the National Science Foundation of China under grant n. 61620106007. 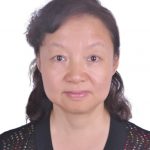 Zhi Jin is a full professor of Software Engineering at Peking University. She is deputy director of Key Lab of High Confidence Software Technologies (Ministry of Education) at Peking University and the Director of CCF TCSE. Her research work is primarily concerned with knowledge engineering and requirements engineering, focusing on knowledge/requirements elicitation, conceptual modeling and analysis. She is/was principle investigator of over 10 national competitive grants including the chief scientist of a national basic research project (973 project) of the Ministry of Science and Technology of China and the project leader of three key projects of national science foundation of China. Zhi was General Chair of RE2016, Program Co-chair of COMPSAC’11, General Co-Chair and Program Co-Chair of KSEM’10 and KSEM’09. She is executive editor-in-chief of Chinese Journal of Software, and is in the Editorial Board of REJ and IJSEKE. Zhi was Outstanding Youth Fund Winner of National Science Foundation of China in 2006 and Distinguished Young Scholars of Chinese Academy of Sciences in 2001. She was awarded Zhong Chuang Software Talent Award in 1998 and the First Prize of Science and Technology Outstanding Achievement: Science and Technology Progress Award (Ministry of Education, China) in 2013. She is co-author of two books and the co-author over 120 journal and conference publications. Zhi is a Fellow of CCF. 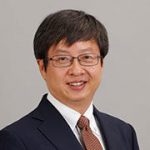 Zhenjiang Hu is a full professor of National Institute of Informatics (NII) in Japan. He received his BS and MS degrees from Shanghai Jiao
Tong University in 1988 and 1991, respectively, and PhD degree from University of Tokyo in 1996. He was a lecturer (1997-1999) and an associate professor (2000-2007) in University of Tokyo, before joining NII as a full professor in 2008. His main interest is in programming languages and software engineering in general, and functional programming, program transformation, and bidirectional programming in particular. He is the academic committee chair of the NII Shonan Meetings, IFIP WG 2.1 member, and has been the steering committee members of ICFP, Haskell, APLAS, ICMT, and BX. He is also serving on the editorial boards of IEEE Transactions of Software Engineering, Science of Computer Programming, and Software and Systems Modeling. 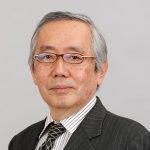 Shinichi Honiden is a Professor and Deputy Director General of National Institute of Informatics (NII), Director of Center for Global Research in Advanced Software and Engineering (GRACE Center) of NII and a Professor of Computer Science, Graduate School of Information Science and Technology, University of Tokyo. His research interests include adaptive system, software evolution, software process, requirement engineering, and agent systems. Dr. Honiden is currently serving on the editorial board member of Formal Aspects of Computing. He co-authored over 200 papers and over 10 books. He was General Chair of ASE’06 in Tokyo and will be General Chair of COMPSAC’18 in Tokyo.